Dave & Buster’s has added several summer features to the food and beverage menu: 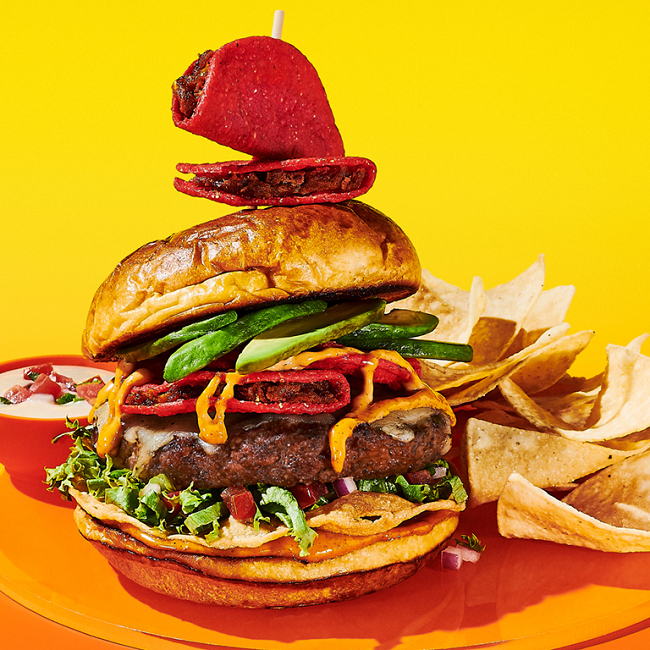 For every purchase of the new dessert item, $1 will be donated to Make-A-Wish, said Jarred Hillard, general manager of the recently opened arcade, which also has new games for summer.

Chili’s Grill & Bar has added a 3 for Me feature. Get a beverage, appetizer and main course starting at $11. Pay a little more to get a Classic Marg, Dip Trio or cheesecake. There are 14 entree choices, from Cajun chicken pasta and cilantro-lime carne asada to fajitas and quesadillas. 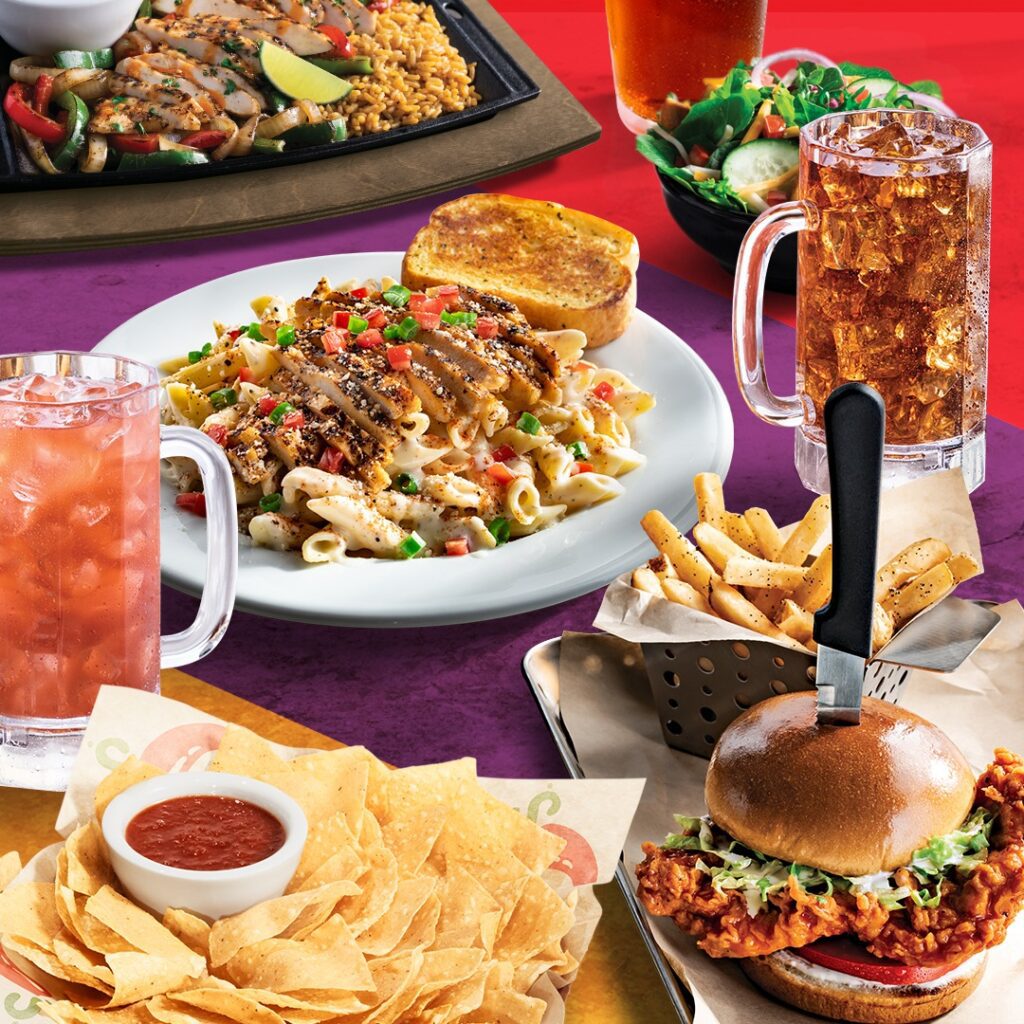 This sounds like a fun night out, if you can snag a spot! K Restaurant is coordinating a wine dinner on June 28 at Tina’s Farm near Baltic. Board a shuttle at Queen City Bakery and enjoy a dining experience with the owner of one of Napa Valley’s most prestigious sparkling wines. It’s a five-course meal and space is limited. Call K Restaurant at 605-336-3315 to reserve your place. 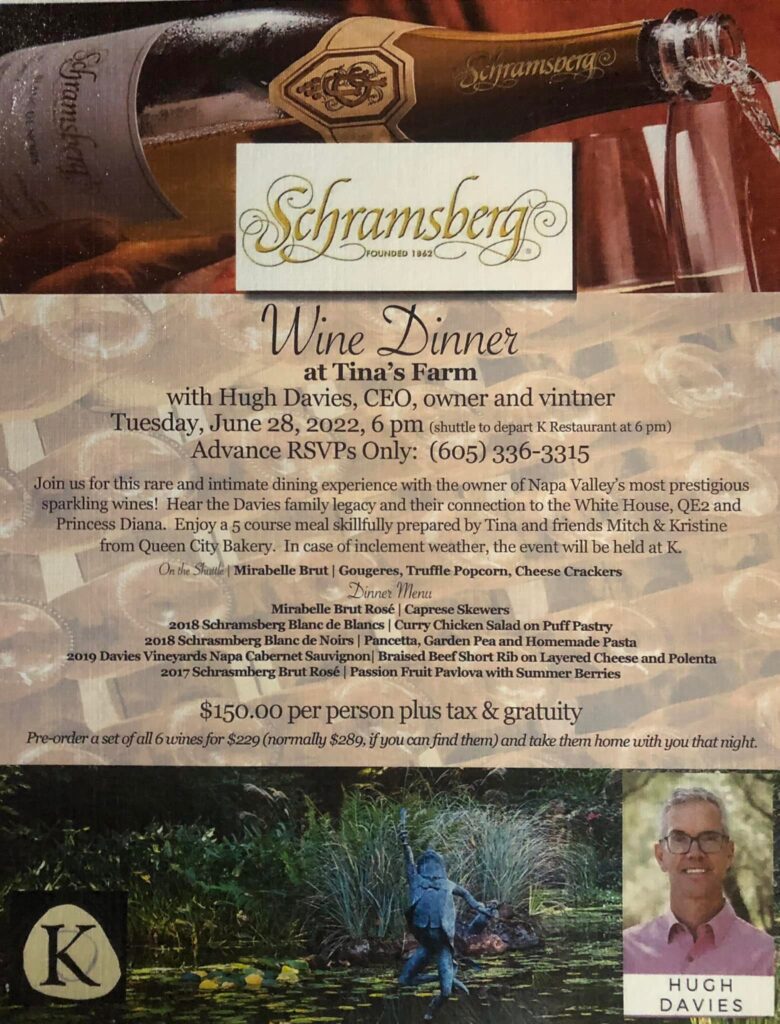 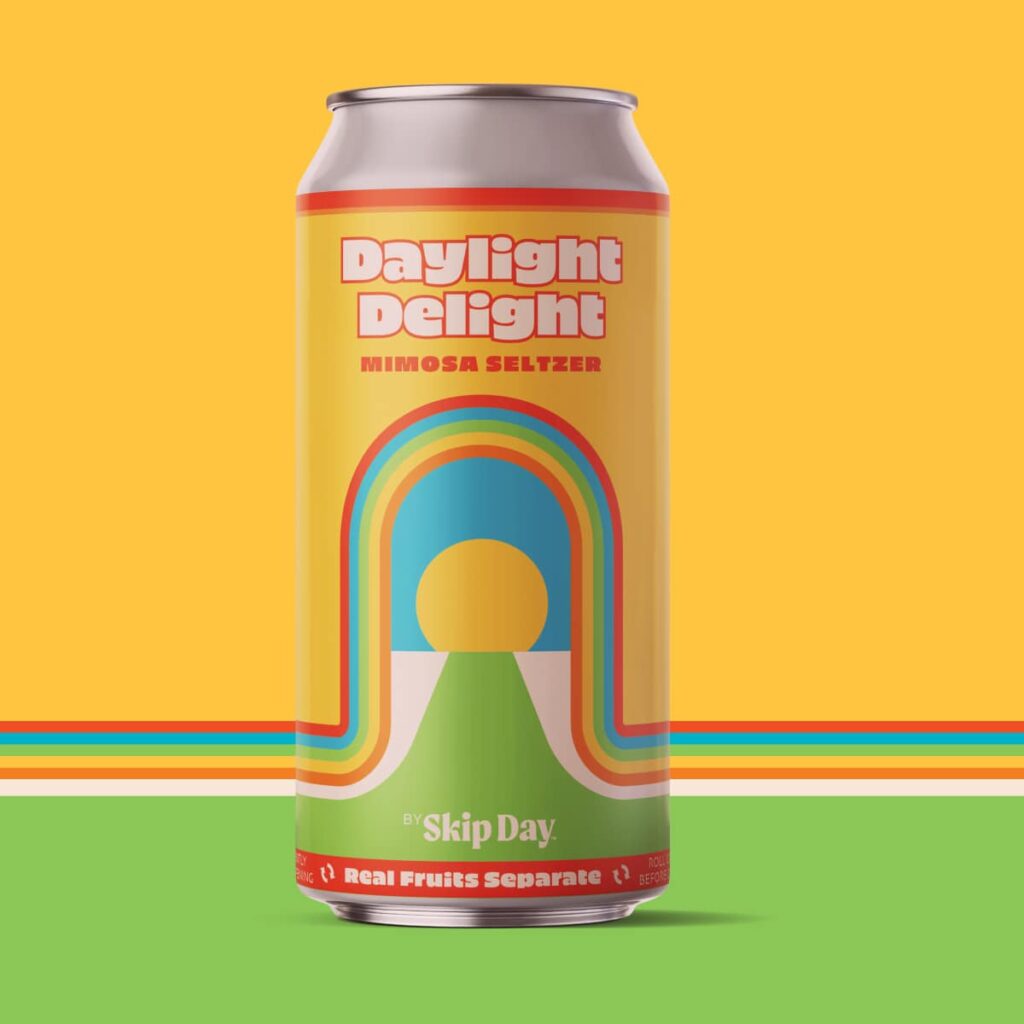 DaDa Gastropub has a new menu with 13 new items. They include halibut fish tacos, buffalo sliders, spring rolls and a surf and turf burrito. 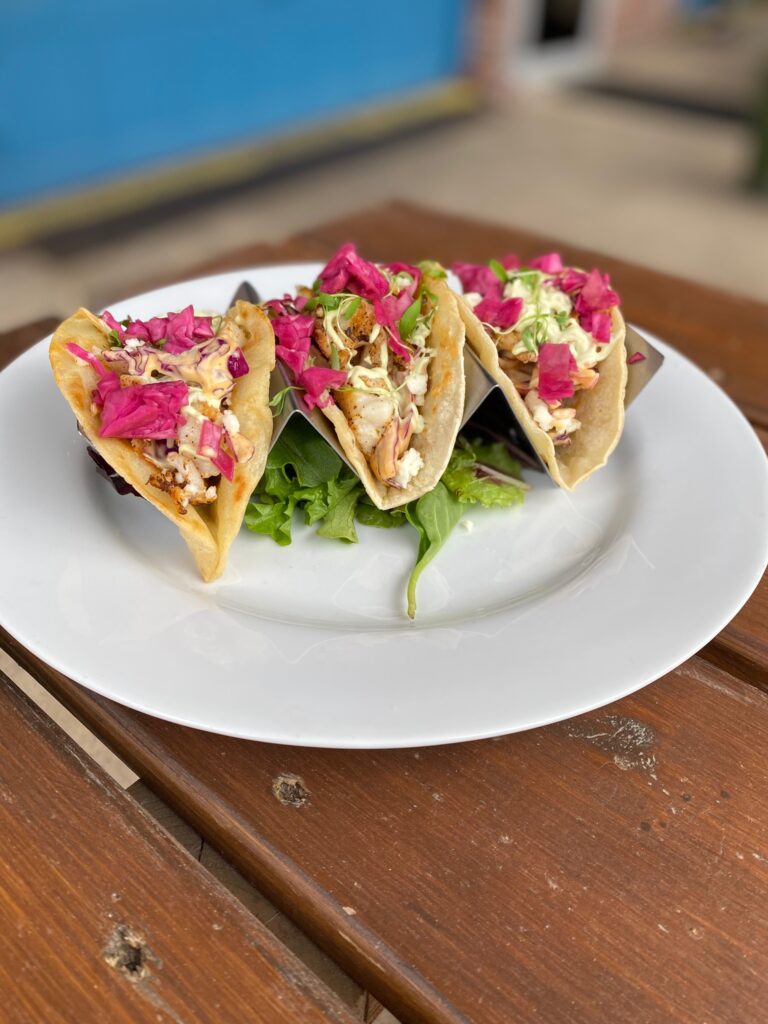 Dinner Birdie by Chef Jeni & Co. is offering a couple of retail hours to its meal-ordering service. Stop by the kitchen at 3638 S. Southeastern Ave. from noon to 2 p.m. on Fridays. Customers will find everything that’s offered online, plus a few extras. Here’s the website to check what’s being offered each week: dinnerbirdie.com. 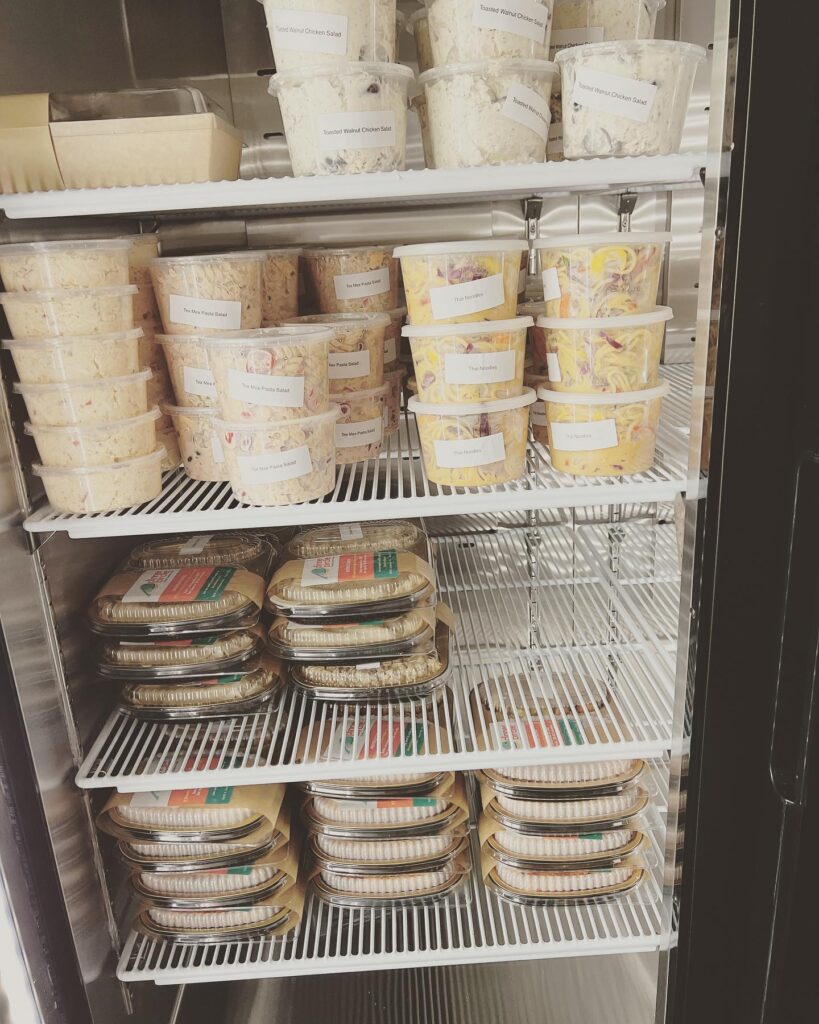 The Hello Hi is partnering with Headlights Theater to promote this Friday’s season premiere with a new cocktail called “Headlights.” It features Laird’s apple brandy, Rittenhouse rye, Velvet Falernum, Suze, which is a French brand of bitters, banana, acid and fire. We’re not kidding. 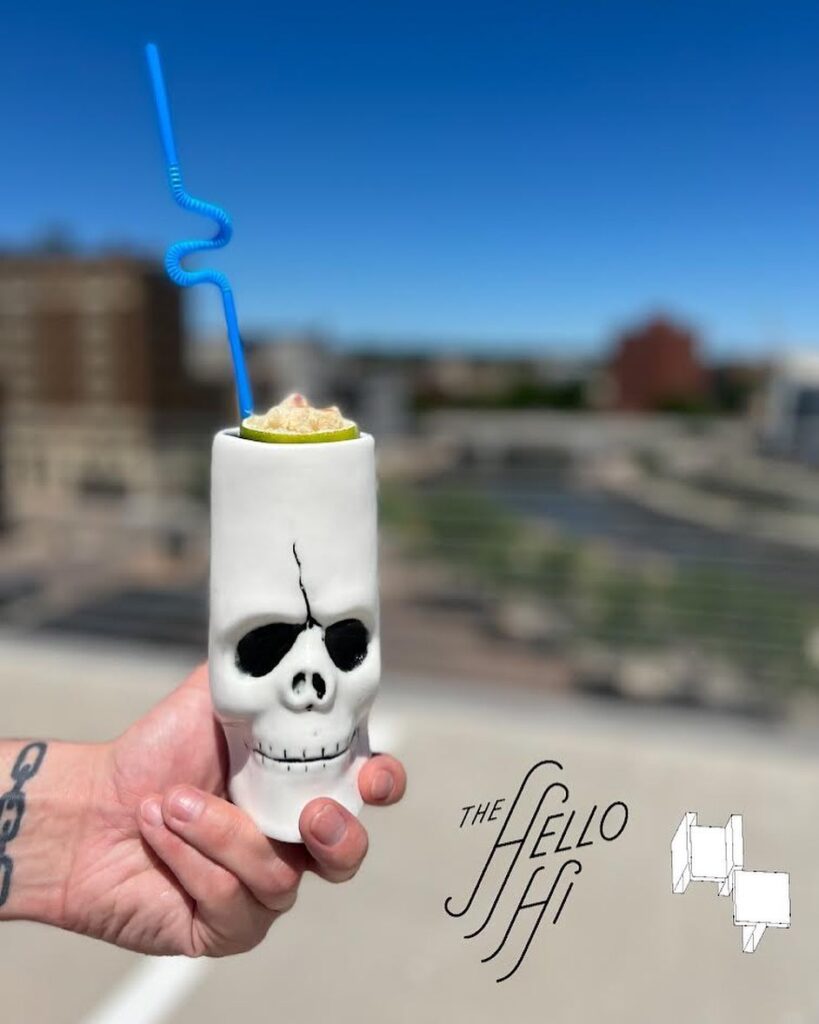 Speaking of fun beverages, Italian cream sodas are back at Josiah’s with a variety of fruity flavors. 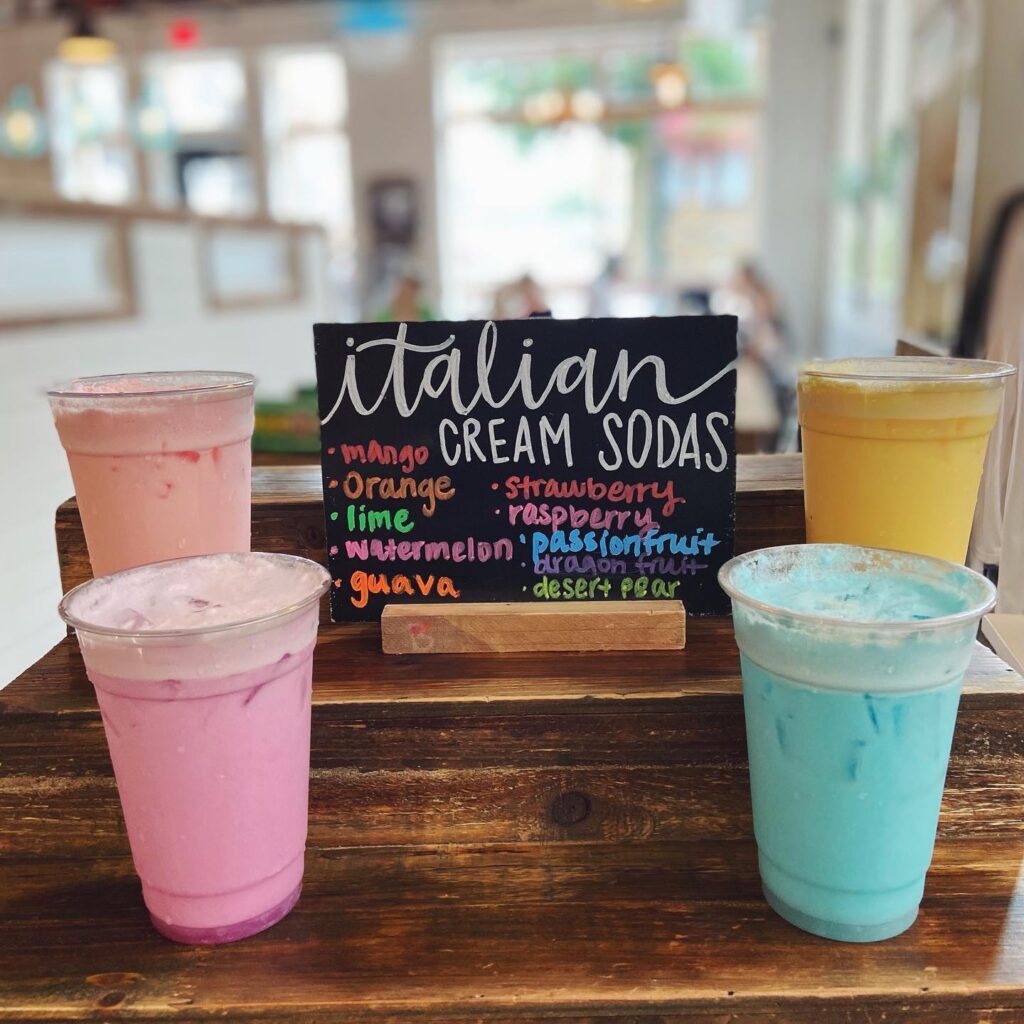 Auntie J’s American Soul Food in Lennox will start new hours and a new menu June 21. The previous Tuesday through Saturday menu will be offered by advance order only, as take-out or with a personal chef option for on-site private catering and is limited to five or more guests. Call 605-409-8008 to place an order. Saturday evenings will continue to feature live music and a soul food dinner menu with beer and wine. The next events are June 25, July 2 and 4 from 5 to 8 p.m.  From Tuesday through Friday the restaurant will be open from 7 to 11 a.m. and feature Cherry Bean coffee and Royal Bake Shop donuts while supplies last. Beginning at 8 a.m., it will offer a soul food brunch served cafeteria-style with a revolving menu including country ribs, chicken and waffles, breakfast burritos and other fun and hearty items. 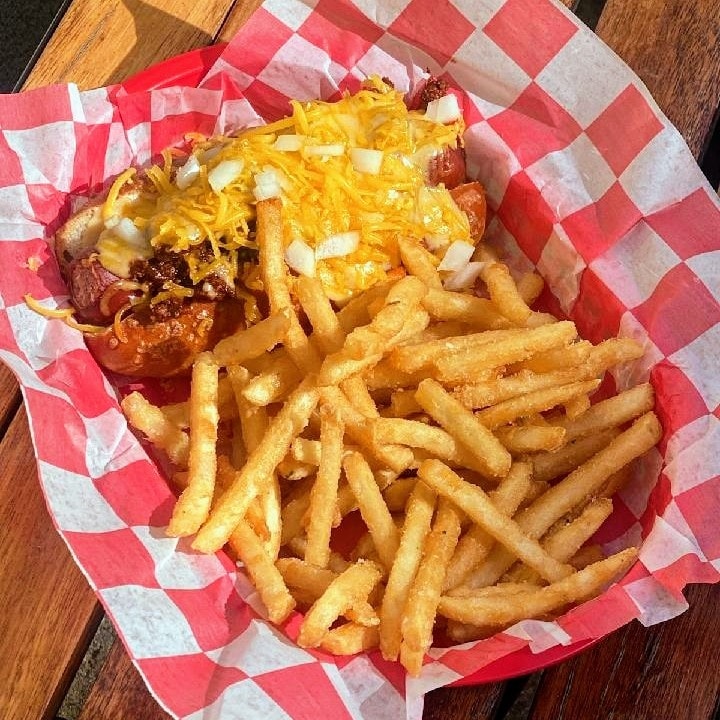 The Dive, a pop-up kitchen in The Gaslight Lounge, is adding pop-ups at other locations. The crew served food at a musical festival last weekend and will be at Highball on East Eighth Street from 4 to 9 p.m. Saturday. They’ll be serving three burgers – The Dive, Green Chile and Spicy BBQ – lamb and beef chislic, a Philly cheesesteak, fries and cheese curds. ‘ 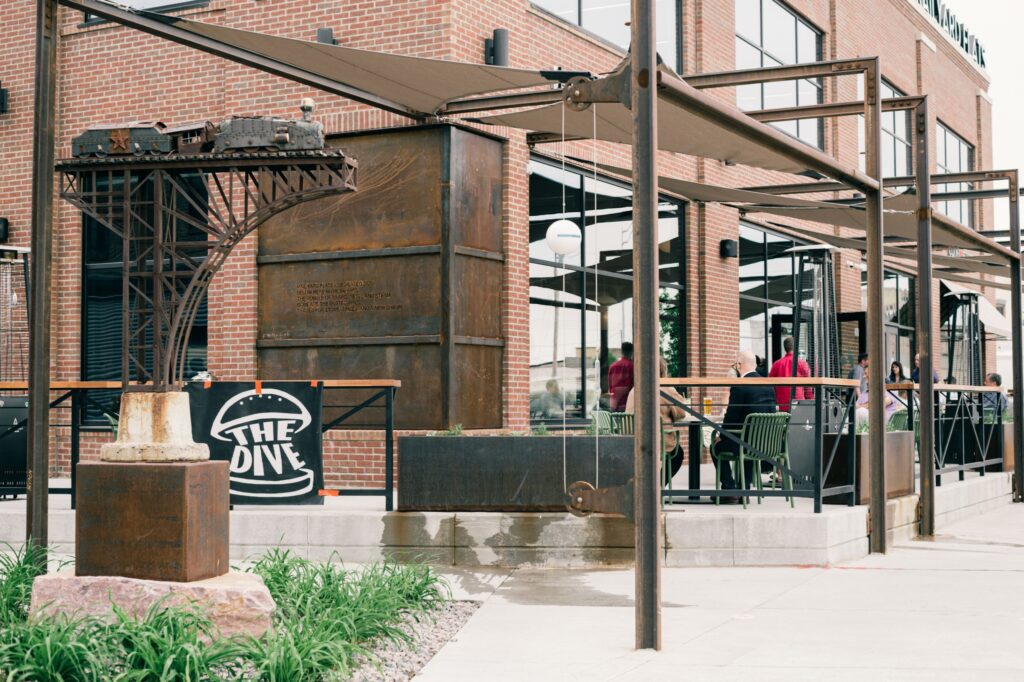 Co-owner Allen Wright said they’ve added the traveling trailer to boost visibility for the restaurant and it’s a good source of extra income during slow times at The Gaslight. Upcoming events include a couple of July dates at WoodGrain Brewing Co., a music festival in Sioux City in late July and a food truck night in Dell Rapids in August. Follow The Dive on Facebook for details. 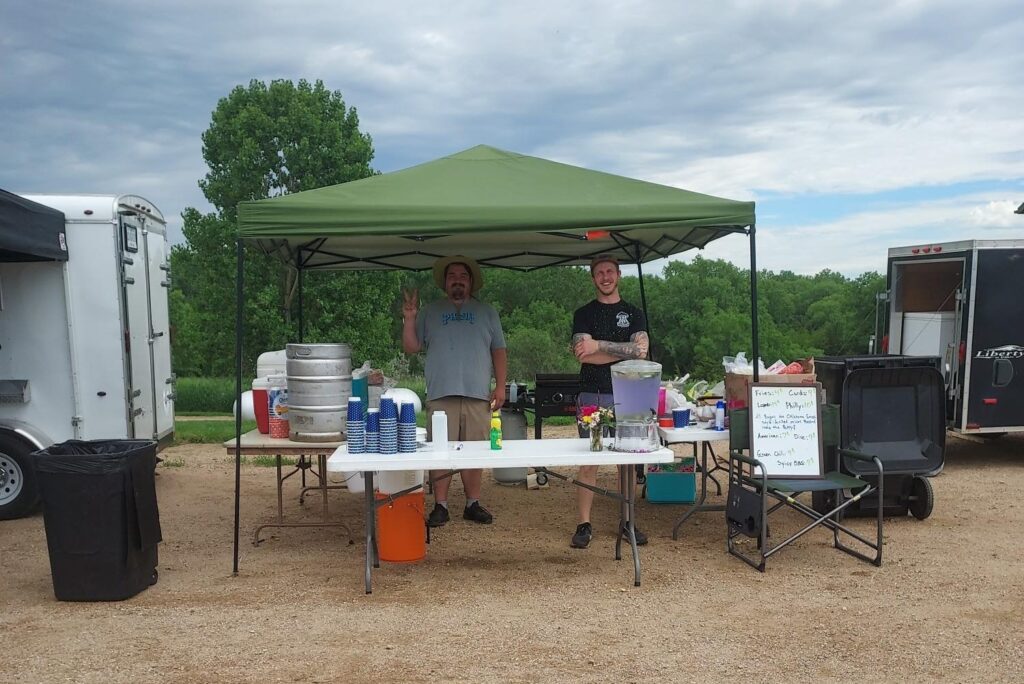 Felichia’s Seafood and Soul Kitchen will bring a taste of New Orleans to the parking lot of Gift & Thrift at 10th Street and Bahnson Avenue June 18 and 19 from 1 to 5 p.m. The menu will include pineapple bowls, fried catfish poboy, Cajun poboy, Hennessey wings and jambalaya. To pre-order, call 504-441-9894. 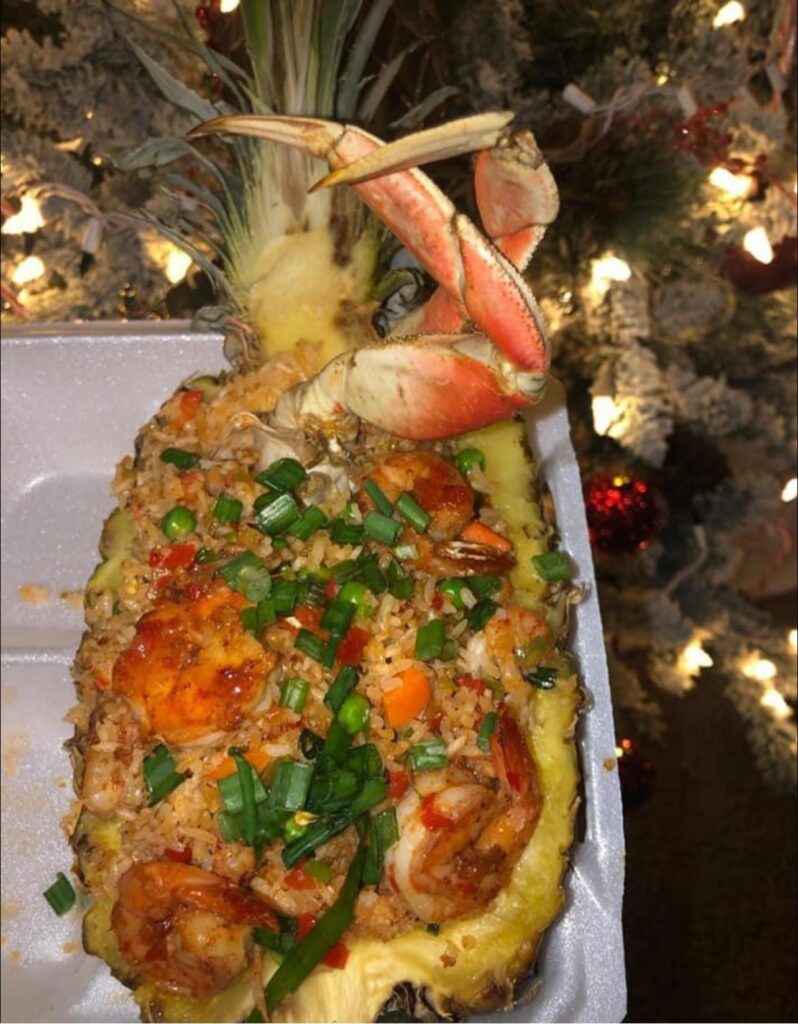 Crawford’s Bar & Grill has started to provide food for Kingbird Coffee Shop in Brandon. The grab-and-go offerings, which are available daily, include salads, sandwiches and sides such as pasta salad and potato salad. In addition, there are a couple of soups, which are kept warm in the kitchen, owner Michael Gross said. Offerings include a club croissant, sirloin sandwich and  muffuletta, along with a chicken Caesar salad, Cobb salad and one with salmon, Fuji apple and strawberry.

Crawford’s delivers the items at least once a day. The coffee shop, which serves beer and wine, also has started family karaoke nights on Friday. Crawford’s offerings are available then, and Fred’s Franks likely will be outside selling its gourmet hot dogs, Gross said. 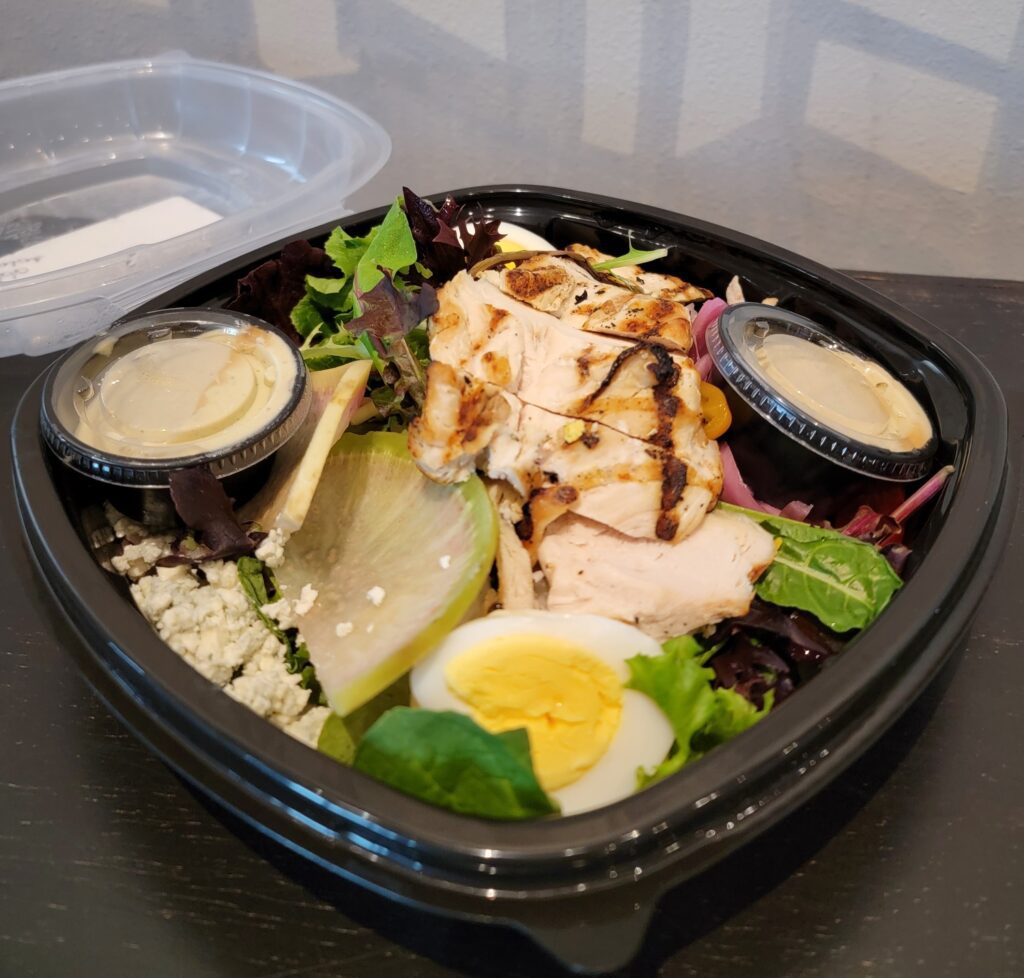 The new Summer Vibes menu at The Rush is designed for seafood lovers. It includes a street corn shrimp basket, walleye po-boy and Cajun walleye tacos. 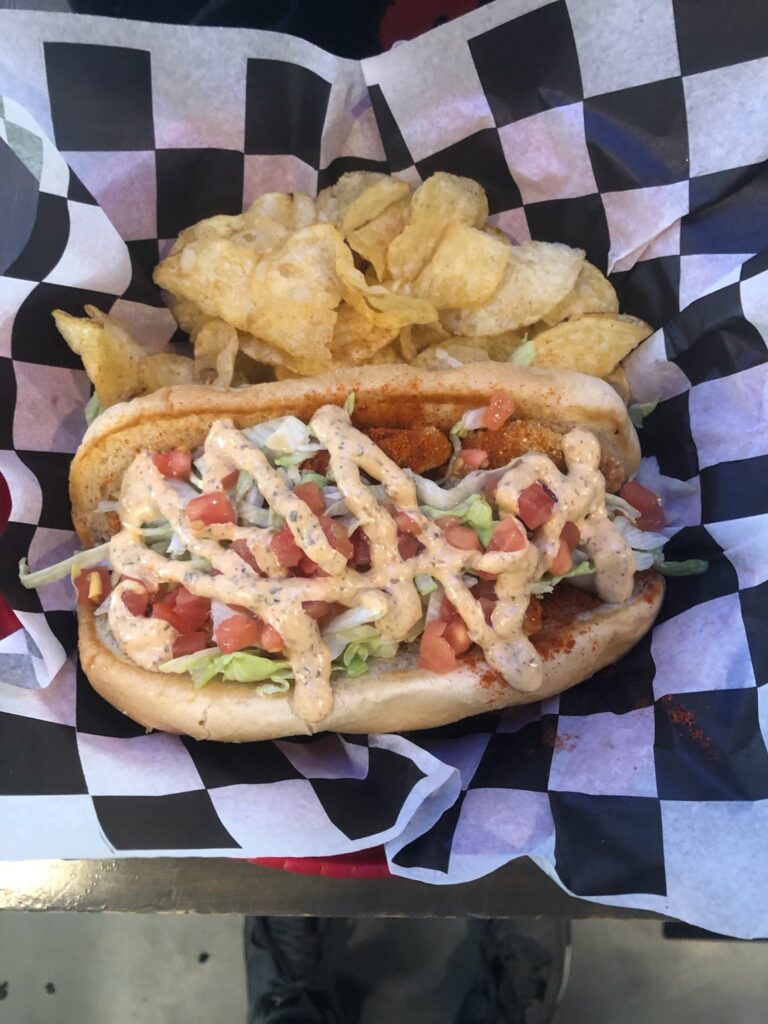 Chef Ellen has a summer bento box program for kids, with breakfast and lunch options. Emails need to be ordered by 6 p.m. Friday for the following week and can be picked up Sundays from 12 to 2 p.m. or any time Monday or Tuesday. Entrees include a French toast bake, egg bake,  cracker box with meats and cheeses, yogurt parfait, a salad box and choice of veggies or sweets. 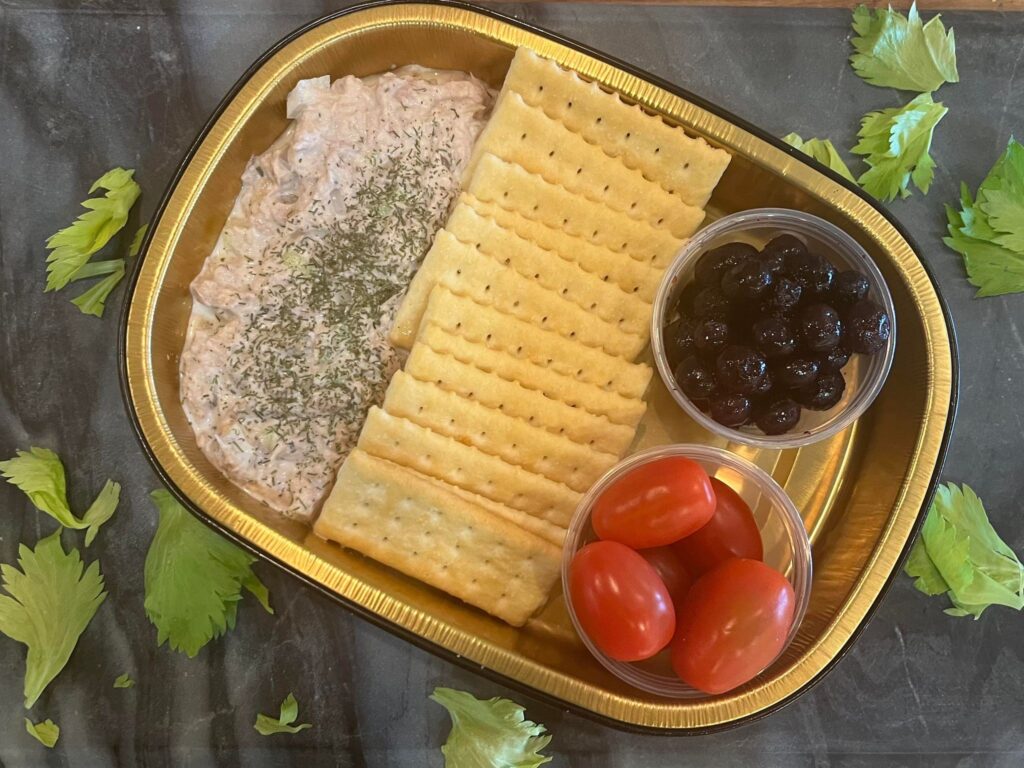 Here are other food and drink headlines from the past week.

Can you lose weight with the 7-day GM diet

How to Create a Healthy Eating Menu